I love eggs but holy moly, does anyone have anything other than eggs while doing low carb and Keto? I searched and searched and finally found some low carb breakfast recipes that aren’t eggs. Whew! Now I know what I need to work on next: more breakfasts without eggs. Got it! Until then, I’m sharing the recipes I found from around the web. 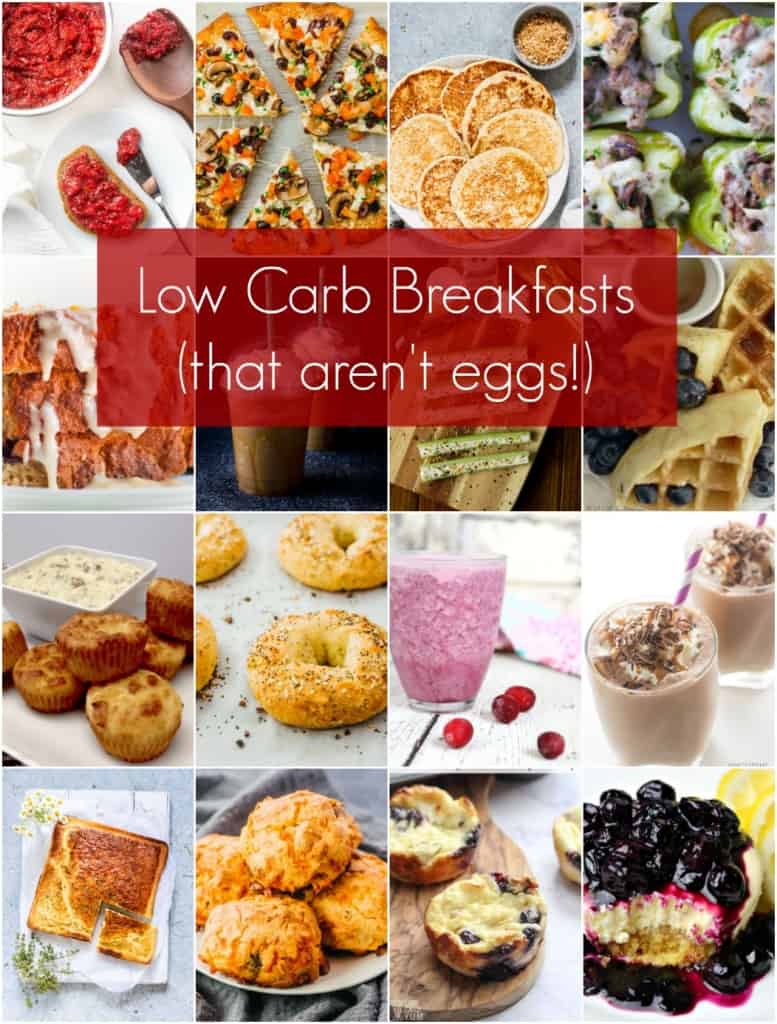 Technically, most of these low carb recipes are also Keto-friendly. In order to make the low carb breakfast list, the recipes had to be delicious, fairly simple/easy, and 15g carbs or less. I do low carb so sometimes the carb count is a little higher than those of you who do Keto, but everything is proportional! If you have a breakfast higher in carbs, eat fewer carbs throughout the rest of the day.

I contribute my success with my low carb lifestyle to planning. Use this low carb meal plan to get you started.

28. Strawberry Chia Seed Jam – 5g carbs (to serve with the biscuits from above!)

While you’re here, don’t miss my delicious pot roast recipe! It’s naturally low carb and the perfect dinner whether you’re low carb or Keto! I also have some low carb recipes for beginners.

If you love tasty low carb food and fun travel then you are in the right spot! Cooking up delicious recipes that are low carb but totally family friendly and sharing great places to explore is what we do best here! Grab your cup of coffee and join us!

SAVE & ACCEPT
We are a participant in the Amazon Services LLC Associates Program, an affiliate advertising program designed to provide a means for us to earn fees by linking to Amazon.com and affiliated sites. View our privacy policy.