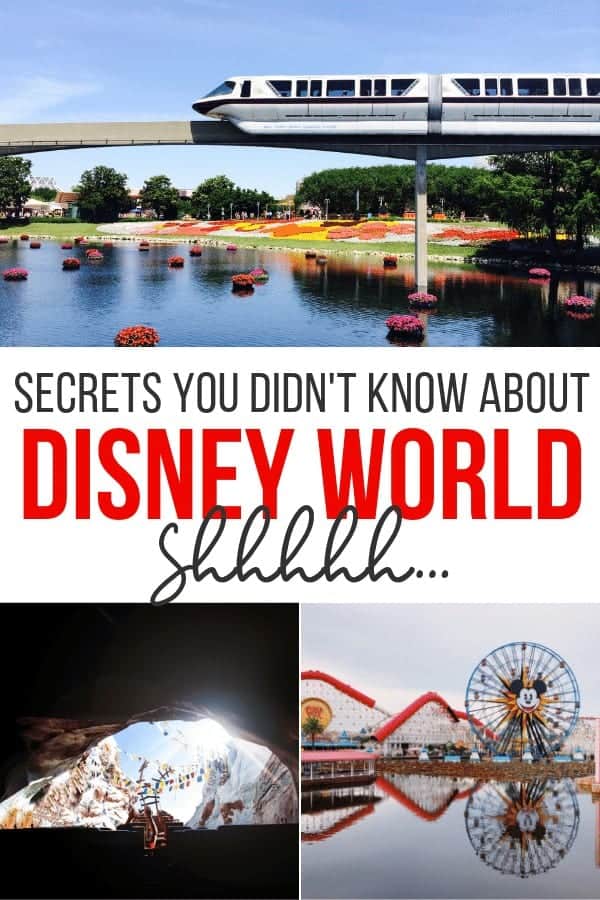 Disney World is such a special place to travel to and visit. In 2017 alone, there were around 68 million people who attended the Disney parks. It’s safe to say that this is one special place that almost everyone wants to visit. As much as you already know, there may be some things you didn’t know about Disney!

7 Things You Didn’t Know About Disney!

It’s true! Disney Cast Members can be found using the underground tunnel system to help them get where they’re going. It helps make Disney that much more magical for its guests. I mean, there has to be somewhere for the characters to relax without being seen my your obsessed with Minnie Mouse 3 year old.

If you’re Cinderella obsessed, then you may be excited to find that she has a secret suite in her castle. I hear it’s pretty well laid out and one word to describe this suite in her castle is luxurerious. Only very special people get to stay here.

#3. Not Just Anyone Can be a Cast Member

You may think that if you want to work at Disney, you can just go throw on a Mickey Mouse suit and be on your way. This isn’t the case. In fact, you have to go through some pretty intense training to even be able to put on a Character Costume.

One thing I’ve noticed while at Disney is that it’s so clean. The reason these parks are so clean is that chewing gum is not sold here. Nothing is worse than getting gum stuck to your shoe. Walt Disney himself made up this rule and it still stands true today!

These numbers are almost mind blowing, but you may not know that Disney World is the largest employer in the world. They need tons of employees to operate, which means big numbers: Disney World employs 70,000 cast members. Those numbers are simply incredible!

#6. Disney is About Putting on a Show

When you enter Disney, you’re not just entering a theme park, you’re entering a show. Everything from the cast members to the food is a part of the show. You will find that the cast members live to help make your time at Disney as magical as possible.

It’s safe to say that when you work for Disney, you’ll never have to worry about paying to get in. It’s also said that Disney is really great to their employees. It has to be worth it to work for Disney and be able to get in for free, doesn’t it?!

What is one thing you know about Disney World? We’re all ears!